Back to Back Winners!

The Seniors backed up last week’s win with a great result against Willamstown. The boys were unlucky to lose back in round 1 where they lead all day only to fall short in the final term. Well done boys! Relegation is still a threat thanks to Marcellin scraping together a draw, but we move to 4th bottom, or 7th from the top! We need another 2 wins to stay in C grade.

The Ressies did not fare as well and had a forgettable loss against Williamstown, although the team started with only 17 players and relied on some blokes backing up from the earlier 3rds game.

The Thirds recorded their 3rd win for the season with a gutsy win over St Mary’s. Well done to Macca in being able to field a side most weeks. The culture of the group you have brought together is simply outstanding.

The Wellsmen held a lunch based on the successes of The 90’s and incorporated the coaches, players, staff, supporters, parents and friends reliving those memorable and exciting times! It was a great attendance with over 100 there, and it was fantastic to see some old faces and listen to some anecdotes from the 90s. Well done to Dancey and the committee for getting so many people there. 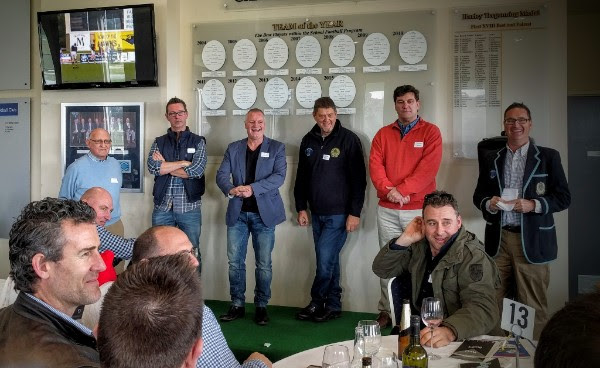 SeniorsFor the first time this year the Wellers would win back to back games after an important victory over Williamstown in front of a large and vocal home crowd.

The first quarter would see the Wellers start slowly, struggling to keep pace with their opponents. We would be caught napping and our more fancied opponents were enjoying some free ball with little pressure applied.

The second quarter the Wellers finally wake up and start to match their opponents intensity, young gun Fraser Wells would lead the way with some courageous marks. Our ruckman Declan Mitchell and support crew Hart and Crothers would start to turn the tables and our backs led by Cam Wilson and the ever reliable Robbie Deev would blanket many attacks. The arm wrestle would be back on even terms and we would take the lead at the long break by the smallest of margins.

The third would see our best quarter for the day the raging bull Latsas would break free and kick 2 classic goals with much support from the elusive Chris (Ginger) Allen. Youngsters Powell and Jimmy Allen would provide plenty of run from the back half and Willy would start to drop off and we would start to dominate the contested ball and clearances.

The last quarter would see a persistent Willy come hard again early but the Wellers would have the answers. Second half specialist Jackson Eade would finish the game beyond doubt with 3 classy goals. The boys would go into the rooms and sing the song with plenty of emotion and new belief.

A massive thanks to the crowd who cheered us home on the day.Also huge thanks to all trainers and helpers who braved  the icy conditions. See you all again next week. 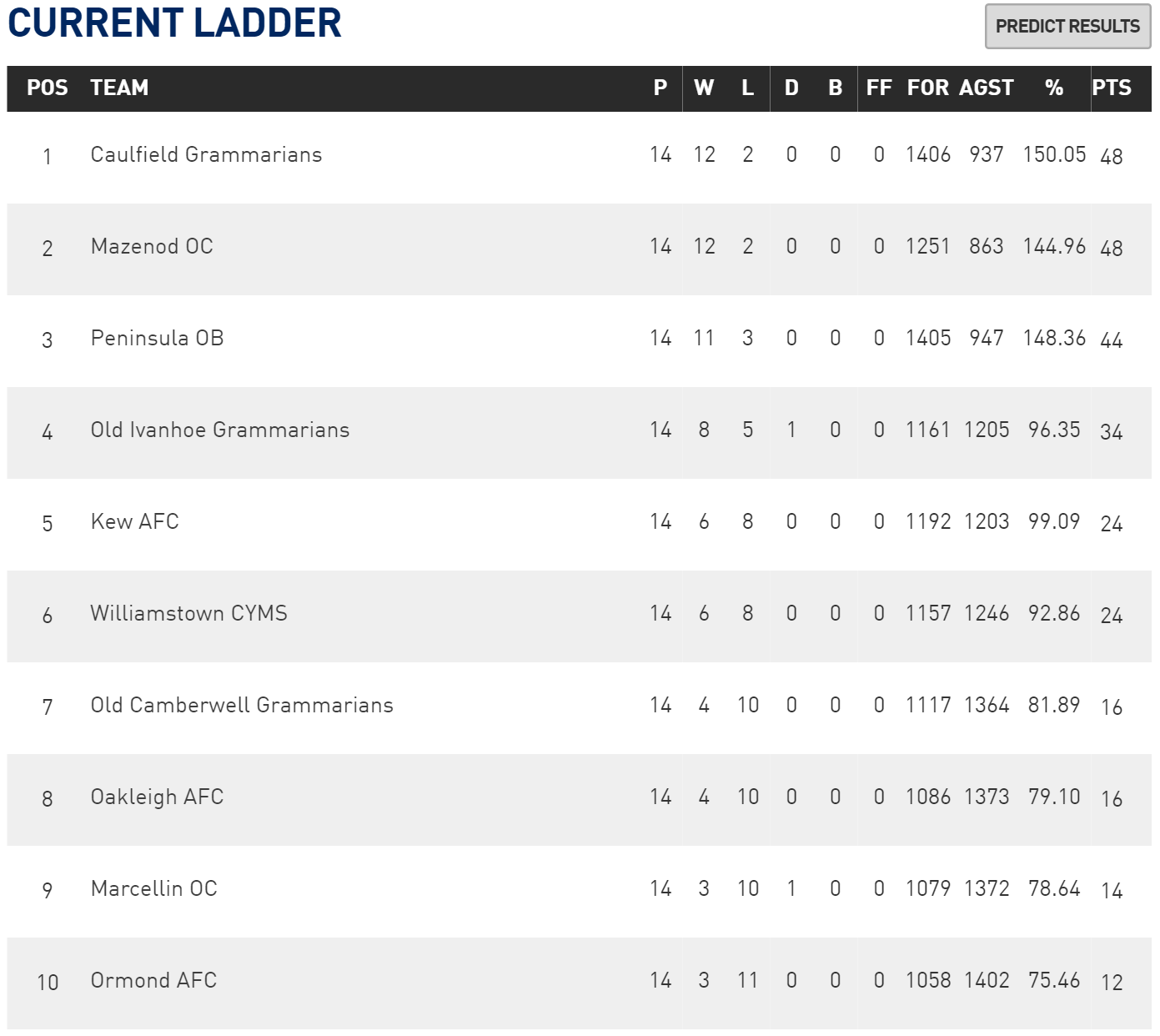 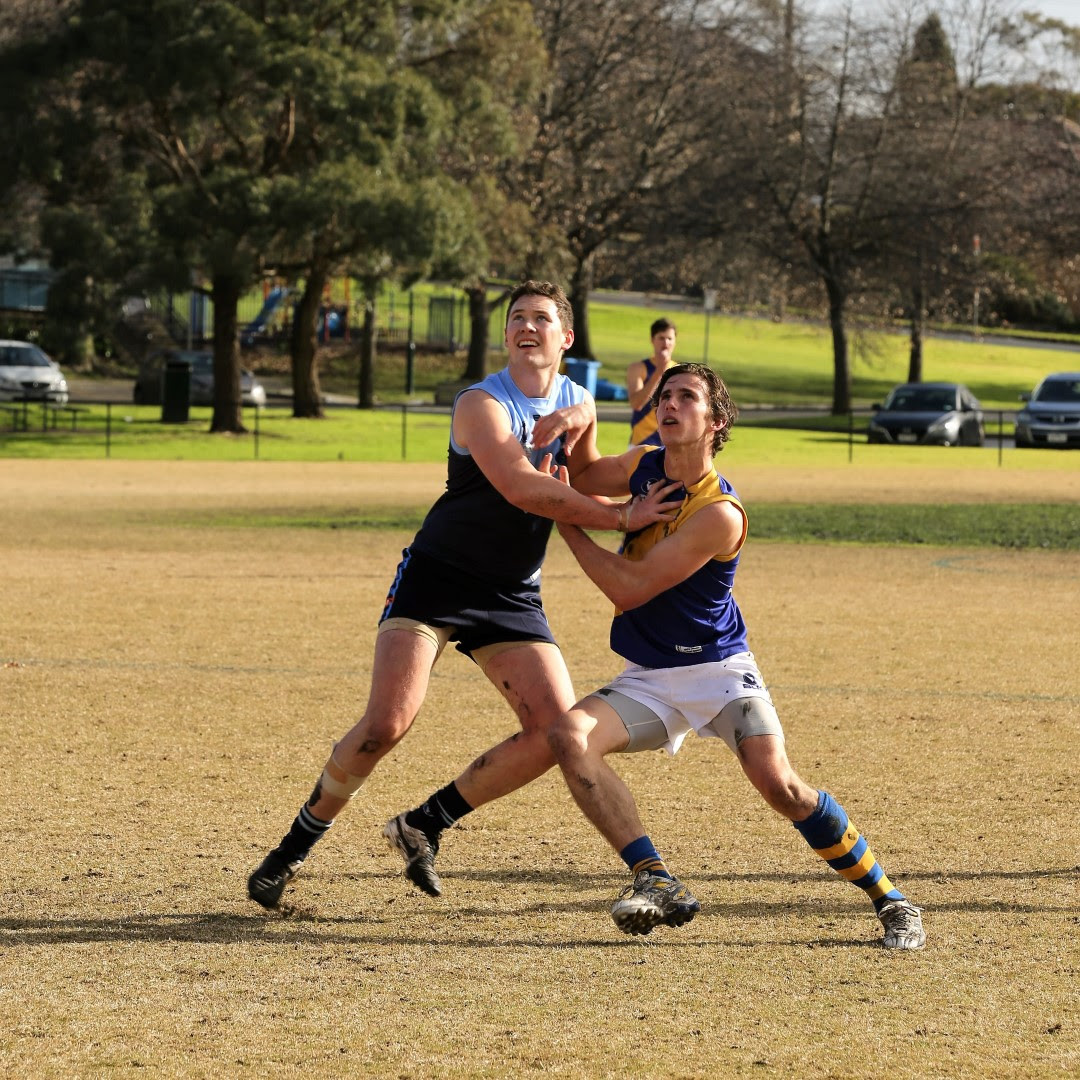 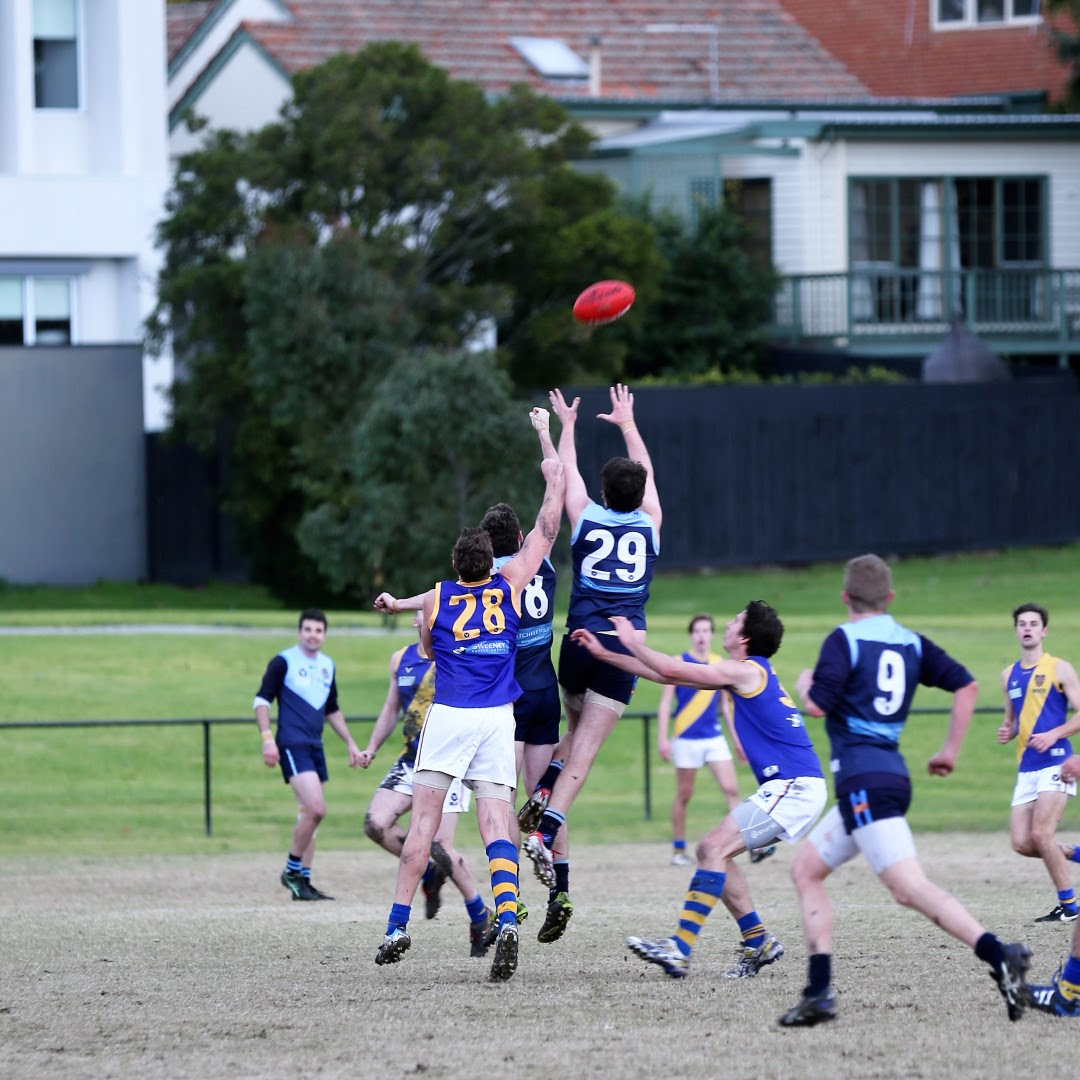 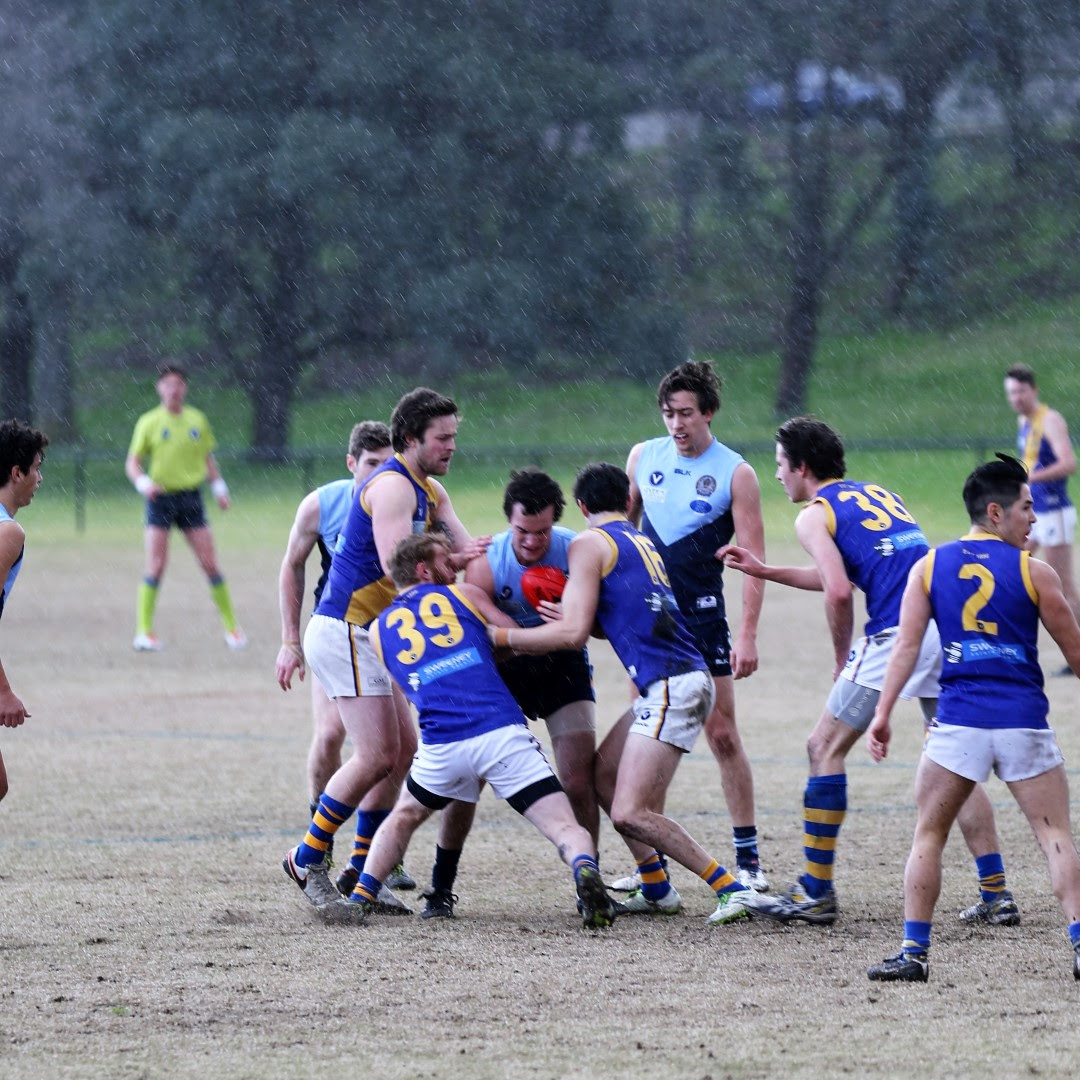 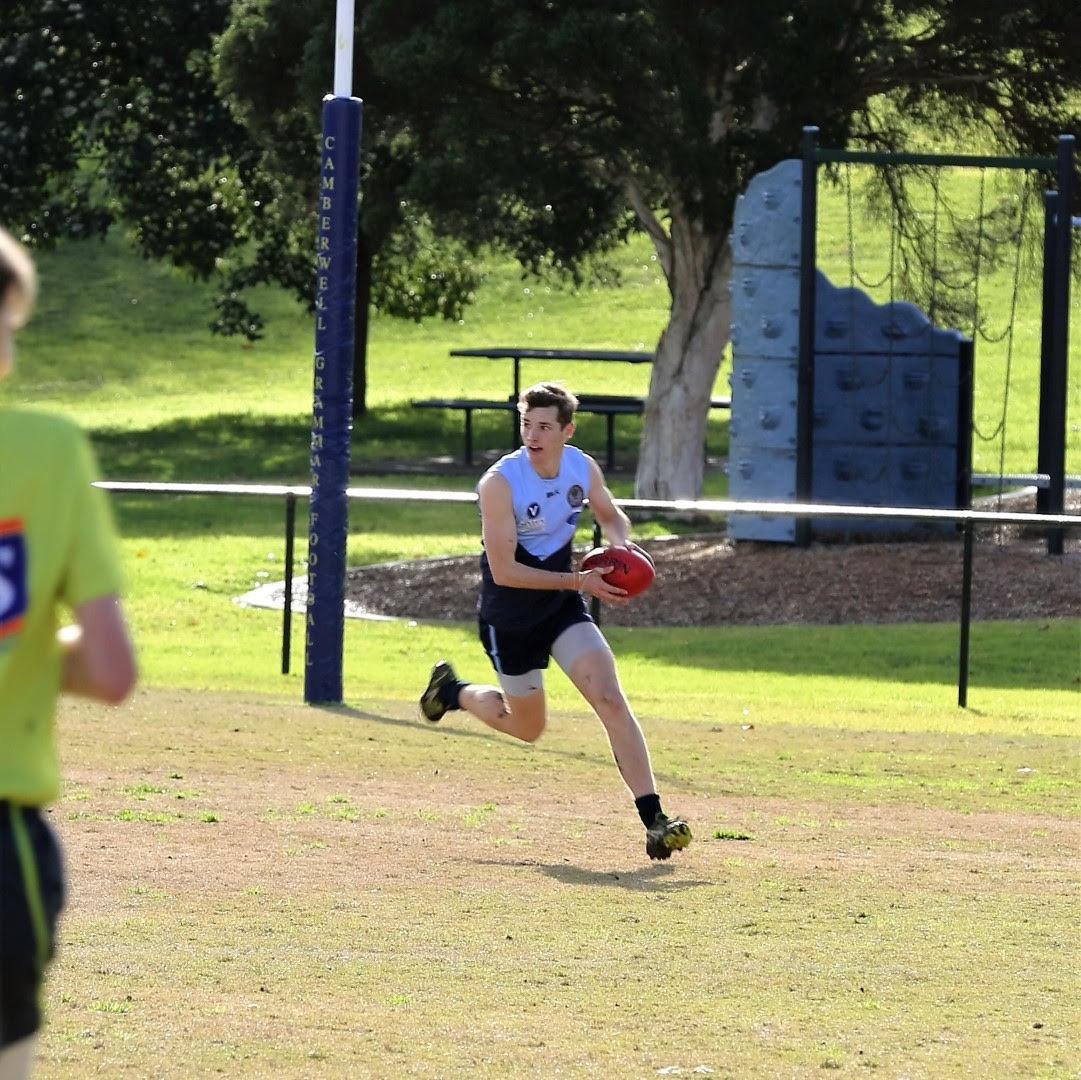 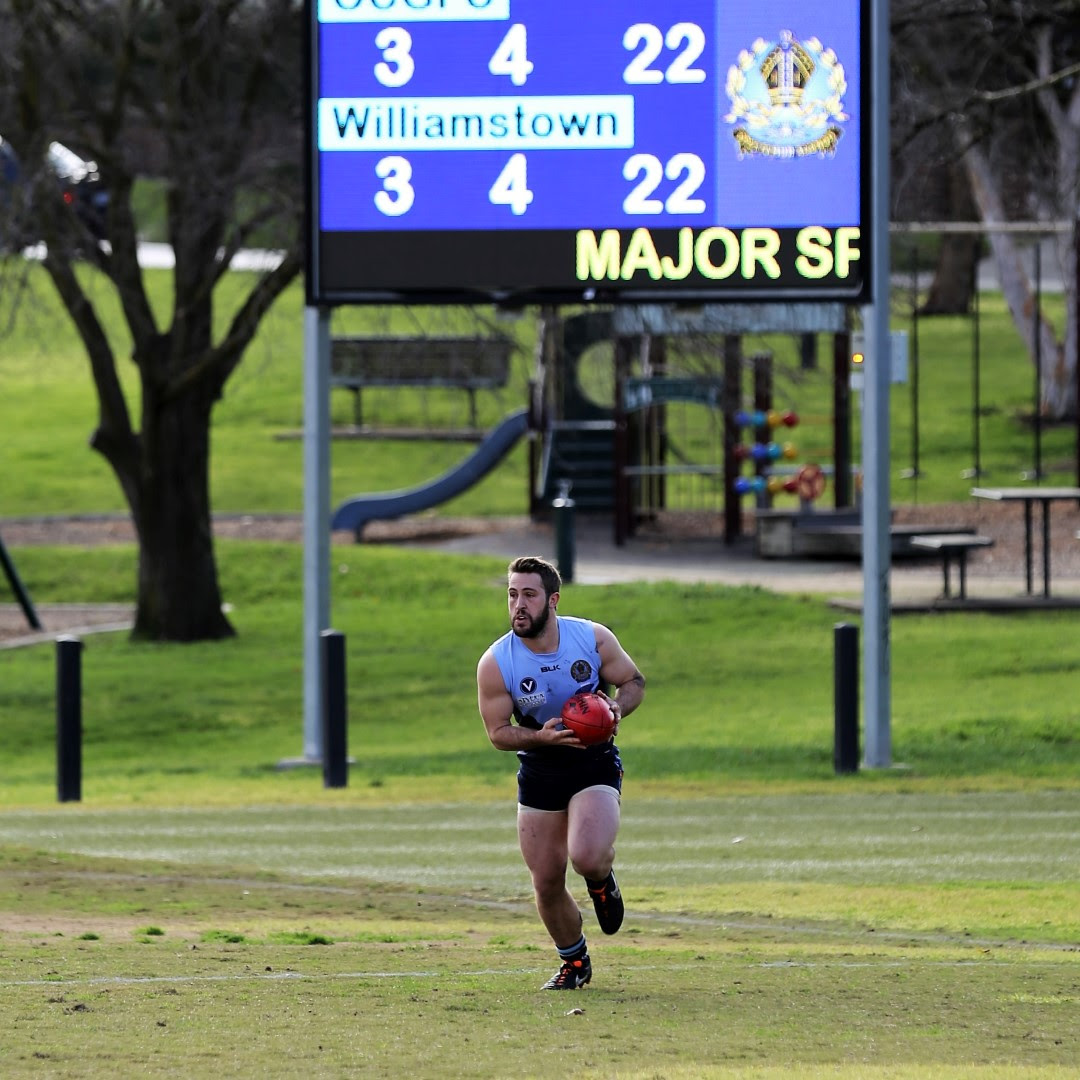 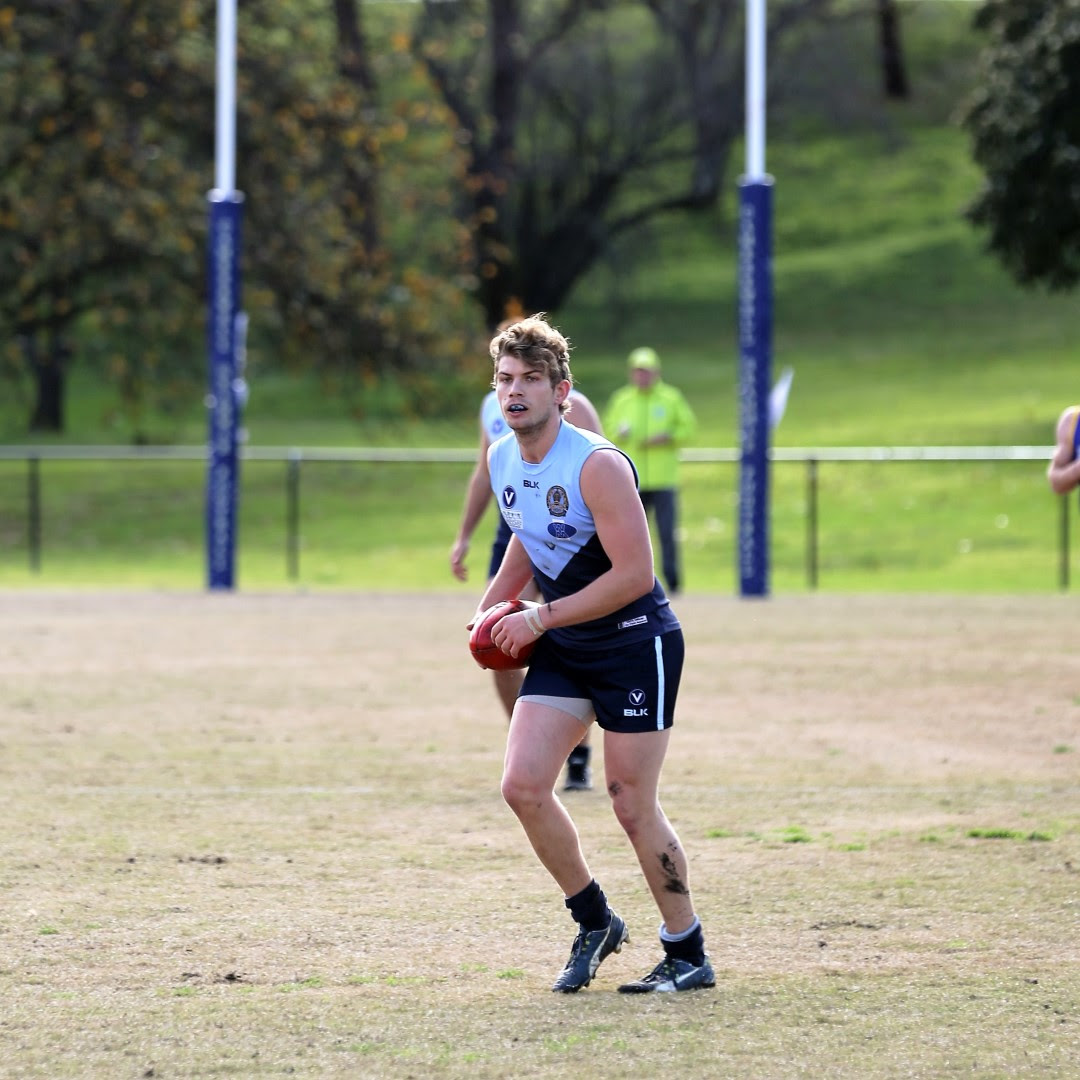 Unfortunately we started with only 17 men and actually were only 1 goal down after kicking against a 4 goal wind. The guys played smart football and after kicking the first goal of the second quarter we actually were looking like we could cause an upset. However the opposition started to win the centre clearances and were quicker around the ground and by 3/4 time had established a 10 goal lead.

We were helped by a a few guys returning from the thirds and despite most guys not having had much of a breather we managed to finish the game off well and kicked the last 4 goals, eventually going down by 55 points.

Overall it wasn’t a bad effort given the strength of the opposition and the fact we didn’t have a full team. Mentions must go toSchip who rucked all day and the onballers Caveman, Dick and Stayner who never got much of a rest. Dean, after getting injured went forward and kicked 4 goals, Pepperall gave us a target and kicked 3 and Bromell and Cottrell worked hard in defence. It will be interesting to see what we can achieve when we get a full team and a few key players back.

Saturday’s game against St Marys was a must win with the team looking to ensure that we jumped a place on the ladder.

Despite starting the game short of players we knew the cavalry was on the way. We needed to start strongly and the team didn’t disappoint as we opened up a 2 goal lead thanks to the finishes of Jeffers and Flannagan in the forward line. Ryan Osekowski started with intensity which would set the tone for the game and continued his tackling pressure and run for the four quarters.

Charlie Urwin and Zac worked hard across the half forward line despite being out numbered as they worked to pick up the oppositions lose player.

In the second term James Way slotted in to the forward line and added some great pressure as unfortunately Danny Park had an injury which kept him off for the rest of the game. Despite the work of Tom Coleman and Michael Osekowski in the ruck and our continued work of our on-ballers we were unable to convert on the scoreboard as St Marys worked themselves in to the game and closed the gap to 3 points.

At half time we knew we needed to play 4 quarters and work hard given the limited number of players. In the third quarter we had two players kick their first goals for the club – with Tom Coleman finding space to calmly turn on the left and kick truly from 30 out, while Michael Osewoski beat his brother to kick the first goal for the family at the club. Sam Riley kicked his first goal for the year as he pushed forward to snap one on the angle. The team continued to work hard defensively as we took a 6 point lead in to the final change.

In the last quarter we kicked the first 2 goals before St Marys responded kicking the next two and closing the gap, before James Buckingham popped up to take a crucial mark and go back and put the game out of reach from the opposition.

Our backline was superb all day with many of our midfield rotating through Sam Riley, Joe Simon, Henry Allwright, Harry Urwin, Daniel Lockhart, Phil Kanz and Steve Warr all having fantastic games as the limited the opportunity for St Marys to score and continued to repel forward entries for the four quarters and in the last were willing to work hard to cover the oppositions extra player.

It was a terrific team effort on Saturday with all players contributing for the four quarters to ensure we walked away with the win! A huge thanks for the players who came out to play despite being 1 or 2 players short for most of the day. To the supporters who came down and cheered from the sidelines we really appreciate the support and finally to those injured players who helped out – Corso, Rusty and Jase Edwards your help and support is appreciated from all of us.