Hat trick for the Seniors!

The Seniors backed up last week’s win with yet another gutsy, come from behind win over Kew. This weekend is a bye. Last 3 games are Ivanhoe (H), Peninsula (A) and the big one – Ormond (H). All are winnable games for the Wellers.

The Ressies had a great win over Kew as well.

The Thirds received a forfeit when St Bedes were unable to field a side. Note – this week is the last Thirds game for the season (shorter season). Be sure to let Macca know you are available so he can field a full side. Help always welcome to run water, boundary umpire etc.

The Wellers continued their impressive late season form with their third straight victory against a vocal Kew outfit.

The first quarter would see Kew sneak sway to a 3 goal lead as the Wellers were on the back foot early. Andrew Clarke would light the fuse and kick start the home side with our first 2 goals. We would finish the quarter strongly with plenty of dash from Wells and Young working hard through the middle courtesy of some fine tap work from Robbie Campbell.

The second and third quarter would see the Wellers waste many forwards entries and let Kew off with some very poor delivery. The blustery conditions would make for a scrappy contest and we would need to dig deep and fight hard to stay in the contest. Luckily our backs led by the impressive and mobile Proska along with support from Allen & Deev who were cleaning up everything coming their way.

Second gamer Riley Verbi was busy on his wing and Nick Adamson was just starting to find his touch after a few weeks OS. We would go into the last quarter 4 points down but our work rate indicators were up and Kew were beginning to tire.

The last would see us break the shackles with some quick long entries catching the opposition out. A lame Latsas and a energised Eade would shut Kew out of the contests and bring us home for an impressive 13 point victory.

Another outstanding team effort would see us walk off Barnard with heads high and confident we can match any in the competition on our day.

Thanks to all helpers on the day.Hope to see you all in 2 weeks after the bye for another home game V Old Ivanhoe. 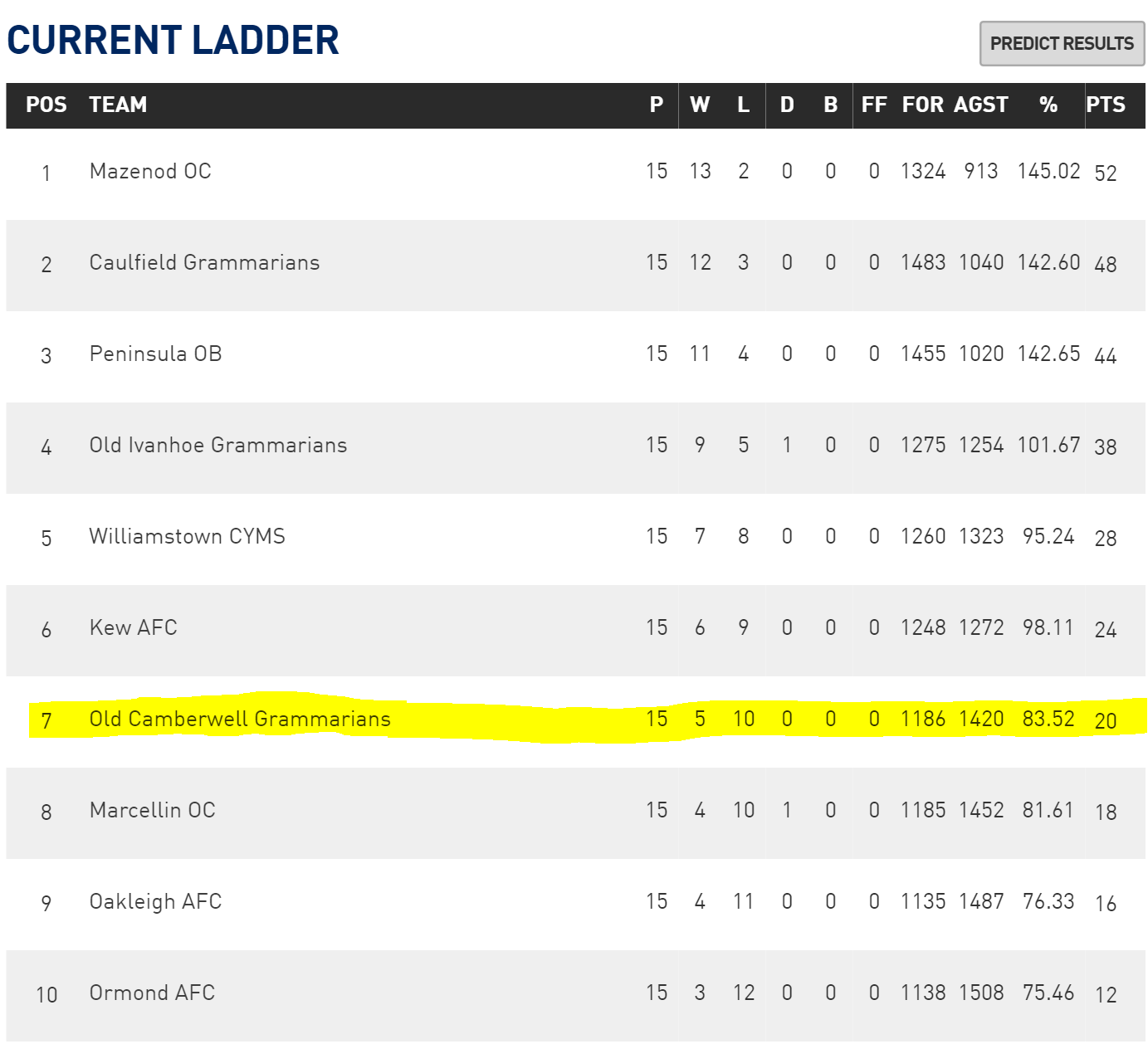 Another beautiful windy day at GBO greeted the twos, who nearly were fielding a full side for the first time in 5 weeks. Thanks toPhil Kanz who managed to find a baby sitter and we were ready to start with 22, led by the previous week’s goal kicking machine Squid.

The wind was probably worth about 4 goals and after a great 15 minutes where we actually were within a point, we allowed Kew to go to a 5 goal lead at ¼ time. Our tackling and pressure dropped right off in the later part of the quarter.

The 2nd quarter saw us use the breeze very well and we managed to take a 2 goal lead into the main break, with Taverner,Hook and Bonjiourno giving us targets up forward. At this stage our backline were able to repel all of Kew’s forward thrusts and our on-ballers were well on top.

The 2nd half was a real good contest and after holding Kew in the third we established a good lead in the last and held on for a hard fought win.

Great team spirit all day and solid contributions all over the field. Backline well led by general Cottrell and Bromell the backman. Webby had a hard job on a very good player and held him well after ¼ time, and Easty was continually trying to creep forward for that elusive goal.

The on-ballers were led by Caveman and Will Kanz in their aggression and Dick, Stayner and Lucas (who replaced a braveSchipper in the ruck) all worked hard in not allowing the opposition any easy breaks.

Up forward Hillier ( showing surprising speed and agility) and Clark were a great duo and their good work was capped off byTaverner – 6 goals and Pepperell 3 goals. Other solid contributions were by Captain Squid, Hooky and Voges, who ended up playing in the ones.

Unfortunately the thirds received a forfeit from St Bedes Mentone, which is strange as we had to forfeit against them earlier in the season!